A lion in the bathroom...

I wandered into the darkened ensuite the other night, flicked on the light so I could see what I was doing, and noticed a bit of fluff on the floor.

Bugger me! I've never seen a lion that big before! 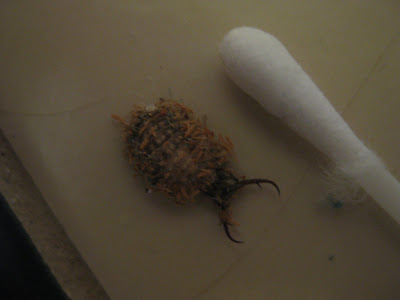 There's a chap at work who looks after the chooks. He also grows lots of flowers which he gives to some of the staff. He also makes up nice arrangements and sells them for five dollars each at the Post Office and the money goes to an orphanage in the country he's from. Win-win! 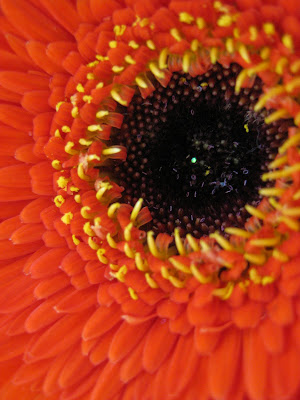 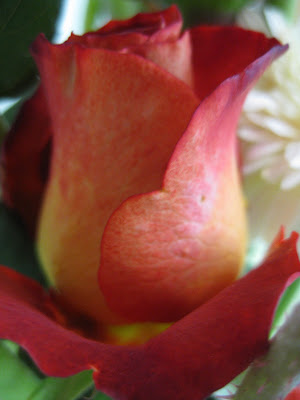 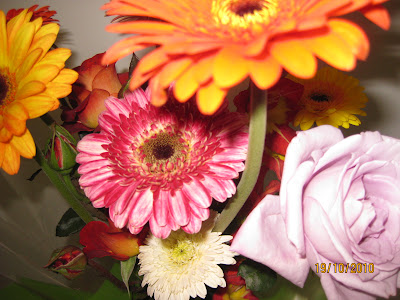 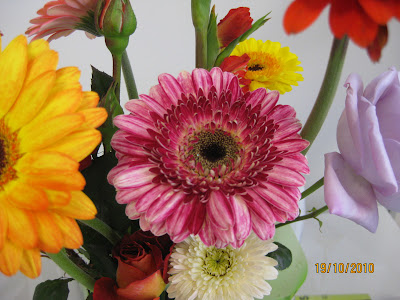 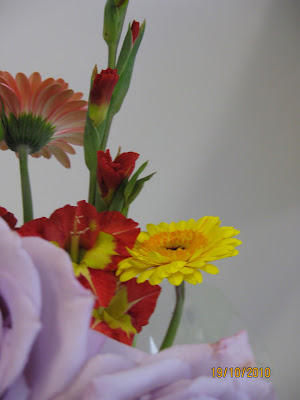 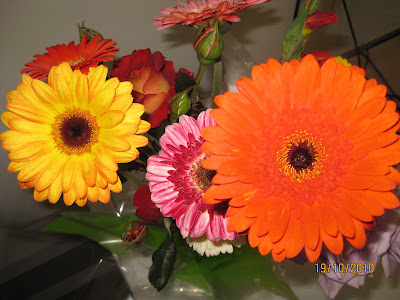 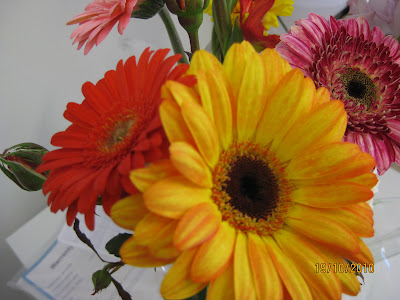 Oops! Forgot gratuitous photo of favourite furry friend. Or should that be fiend? This morning I cut up a watermelon for work and it was a bit overripe - a bit too icky for me to eat - I just can't eat overripe fruit. I gave Floyd some, but it's not to his liking, even though I was eating it. So I took some down for Meggie. Ms Hoover. She slurped up the bits I put in the yard for her, the red inside part which I'd scooped out for her. (She will eat anything, and FAST!)
I put the rest of the slice of watermelon in the yard for her, pitched it over the fence so she could eat the pink stuff she wanted... thisafternoon I came home it was all gone... pink part, white part, skin, everything.
She'll get a bellyache! 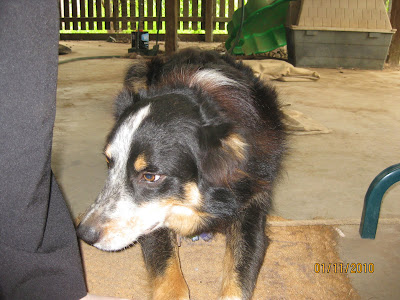 Hello Floyd, handsome as ever, hope Meg didn't have to much of a belly ache.
Beautiful flowers.

Good dog, Floyd, you SO handsome!

Would a whole watermelon give her the D-word? Poor darlin, there's a price to pay for EVERYTHING we love!

I'm afraid that Meggie is jut a guts.

Wow! Watermelon, now that is one Hoover of a Dog! With my friends last dog Royce we used to have fun seeing what was the most boring thing he would eat, we worked our way down from burnt Brussel Sprouts, Mandarin Peel and Broccoli but he practically inhaled them they went down that fast. Surely he wouldn't go for a ball of flour and water but he bloody near took my fingers of them. Finally we found a little less enthusiasm for lettuce with oil on it. We thought we had cracked it when we put lettuce with no oil on the floor and he left it alone, well he did for few minutes till he obviously decided nothing else was on offer and scoffed it. However I have to say that your Meggie has set a new standard. Oh and your Floyd looks great.

Hi Ian
Meggis is Gutso Supremo! She will eat anything. Put food down, she'll hoover it up. Floyd, and all my other dogs before Meg (48, Bundy & Katie), only ate when they were hungry, so you could leave dry food out for them and they'd only eat it if they were hungry. Before I stopped feeding them tinned crap every day they'd leave their dry stuff for snackies. They still wouldn't guts all the dry food when that was all they got because I suppose they knew there'd always be more later.

With Meg there's no tomorrow, eat it ALL IMMEDIATELY. *sigh*

Meg really is dumb as a box of rocks. But she's fast as lightnin'. She catches birds, sometims I see the evidence, a few feathers at the gate, I suspect she eats what she catches, unlike all the other dogs who only ate/eat dogfood or food I give them.

I'd take a pic of Meg, but the grass is long, and truly, she's always leapin' about. She can jump as high as the fence, but unlike Floyd, hasn't realised that if she leapt forward and up at the same time she'd sail over the 4ft fence!

Here's a link to pix of the old dogs.
http://annoyancesandirritations.blogspot.com/2010/01/what-do-you-say-ii.html