Goodness, the platform has changed a bit.
EDIT: jeez, there's some spammers around!
Thrown at the page by kae at 3:15 PM 9 comments:

Complacency has set in and noone cares.

The fools believe those holding the victim card.

Update:
Some photos to remind us.

I watched a movie last night, a compilation of all the video footage from 102 minutes of the 9/11 attack.

Sad for the loss.

Sad that real people lost so much because of the actions of so few.

Sad that our governments have learnt nothing from 9/11 and other terrorist acts carried out in the world.
Thrown at the page by kae at 11:31 PM 6 comments:

Is this because of the European invasion?

As a courtesy, we have added a notice on your blog to explain Google's use of certain Blogger and Google cookies, including use of Google Analytics and AdSense cookies.

You are responsible for confirming this notice actually works for your blog, and that it displays. If you employ other cookies, for example by adding third party features, this notice may not work for you. Learn more about this notice and your responsibilities.
UNQUOTE
Thrown at the page by kae at 11:28 PM 6 comments: 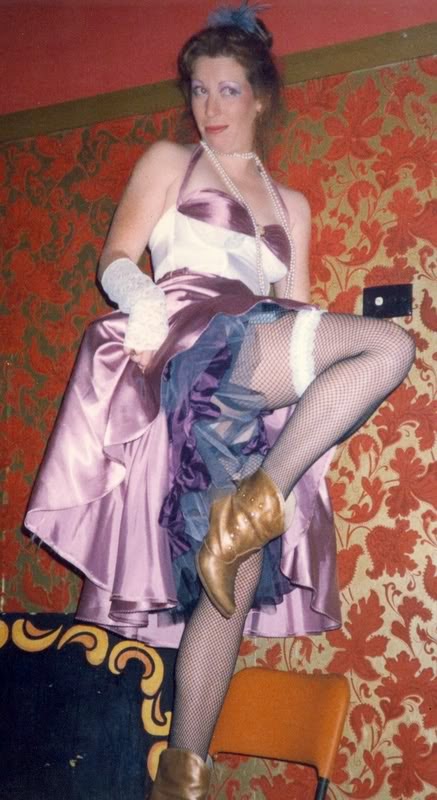 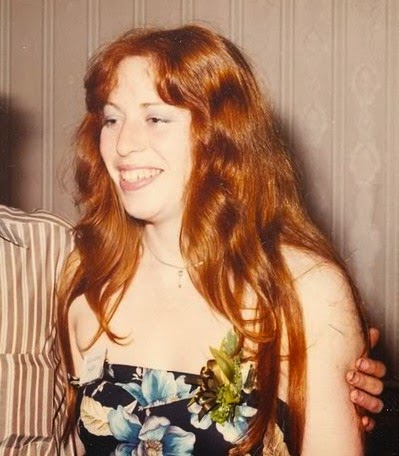 The guns were silent, and the silent hills
had bowed their grasses to a gentle breeze
I gazed upon the vales and on the rills,
And whispered, "What of these?' and "What of these?
These long forgotten dead with sunken graves,
Some crossless, with unwritten memories
Their only mourners are the moaning waves,
Their only minstrels are the singing trees
And thus I mused and sorrowed wistfully

I watched the place where they had scaled the height,
The height whereon they bled so bitterly
Throughout each day and through each blistered night
I sat there long, and listened - all things listened too
I heard the epics of a thousand trees,
A thousand waves I heard; and then I knew
The waves were very old, the trees were wise:
The dead would be remembered evermore-
The valiant dead that gazed upon the skies,
And slept in great battalions by the shore.
*****************************************

This is indeed a false, false night;
There’s not a soldier sleeps,
But like a ghost stands to his post,
While Death through the long sap creeps.
There’s an eerie filmy spell o’er all —
A murmur from the sea;
And not a sound on the hills around —
Say, what will the silence be?

Leon Gellert, Gallipoli poet.
He enlisted in the AIF on August 22, 1914, eighteen days after Britain had declared war on Germany. For seven weeks his battalion was kept in reserve on its troop ship before being ordered to land at Ari Burnu beach at dawn on April 25.

Gellert survived nine weeks on Gallipoli before coming down with dysentery. Evacuated to Malta, he contracted typhoid and was sent to England to convalesce. His reputation was made when his collection of fifty-five poems - Songs of a Campaign including Before Action, The Return, War!, The Death and The Attack at Dawn - was published.

Please read more about Leon Gellert at the link above!

Imperfect. He loved me.

I still miss him. 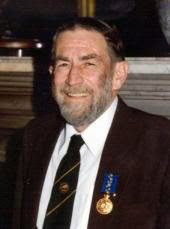 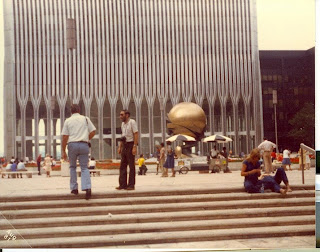 Top photo: Dad gets his gong!
Bottom photo: Dad, in brown trousers, admiring the surrounds of the WTC.
Thrown at the page by kae at 10:58 PM 1 comment:

And so many more wonderful movies!
Thrown at the page by kae at 7:03 PM 3 comments:

Tonight I had a call from a best friend in Sydney. I haven't seen her for years, but we are still in contact as I am with many of my longstanding friends. We spent most of our teen years together.

She called to let me know that a friend had passed away yesterday. He was one of our peer group in the 70s, and at one stage her boyfriend and fiancé, however, that didn't work out and they went their separate ways in the 70s. She supported him through his university studies (geology at Sydney Uni) and I met her through him, he lived with his large family five houses from my parents' place.

This punches home my mortality. I am quite sad, even though I haven't seen nor heard from him for over 30 years, it is a shock. He was only 56, quite fit, and only had gall stone surgery. Then they discovered pancreatitis. His death was sudden. Gone too soon.

He is survived by a wife and two children.

Last night one lotto ticket in Queensland won $70M.
Thrown at the page by kae at 5:09 PM 7 comments:

Just thought I'd call in here and check for cobwebs.

If the main stream media ever gets over their deification of Gillard there may be hope for them.

Somehow I doubt it.

That so many people can't see the problems with the previous government is a testament to the current state of journalism in Australia. They were so concerned with going after the opposition while leaving The Government alone, only re-releasing the press releases given to them by the Rudd/Gillard/Rudd government which basically involved trumpeting triumphant try-hard exercises in back-of-the-coaster plans, many of which never left the stale beer sodden table.

And they're still going after Abbott.

And they're complaining that he's not got a 24 hour press release cycle for them to report on.

Honestly, while in opposition the coalition may as well have been in Government as everything they did and said was reported and pulled apart (often carelessly and without thought), and reported as wrong, bad, negative.

And later there was this:

No mention of Kevin Rudd, millionaire....

Hang on. I think they missed out on something in the panel session of AlpBC today.

I'm sure I heard Rudd rabbit on about how he's out there amongst the people, but where's Abbott.

You know, Kevin Rudd, lifeguard, er, Aboriginal assistance worker in his holidays, ah, well. I'm sure Rudd is out there amongst it with the plebs.

And McWho makes an appearance in the second link. Useful idiot, as usual.
Thrown at the page by kae at 10:19 PM 7 comments: 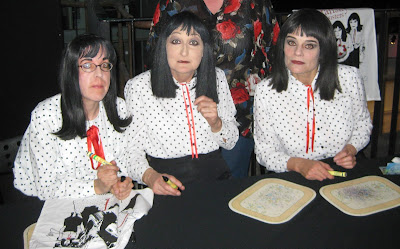 The Kransky Sisters - an entertaining evening.


(There's something wrong, again, with Blogger. I'm so glad Google made it better! The formatting is all over the place like a dog's breakfast. It's decided it likes to put the writing beside the image, and you can't fix it 'cos it's just better, innit. Blogger - regularly a POS.)
Thrown at the page by kae at 10:55 PM 5 comments:

Bit of excitement at the local - UPDATED

There is a sharp bend in this town and a b-double didn't quite make it around the pub. 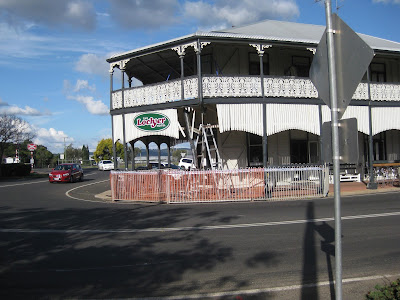 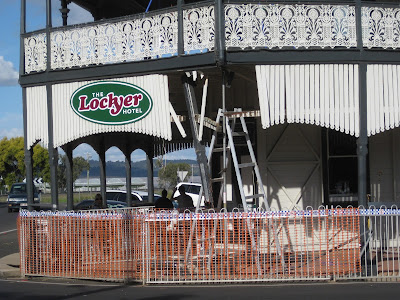 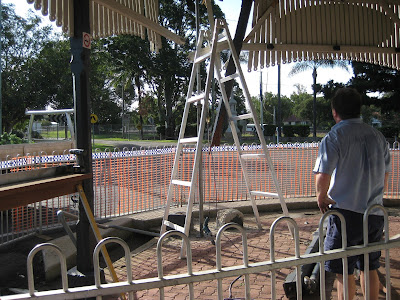 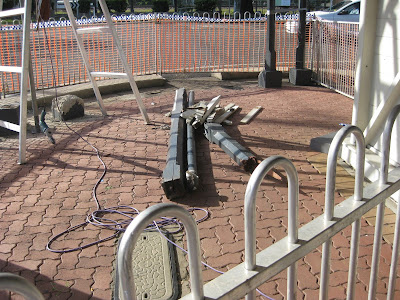 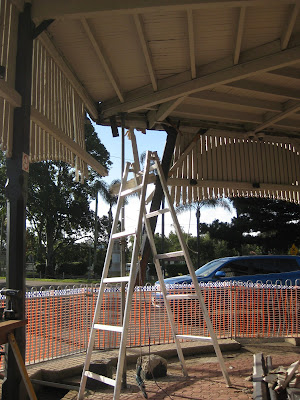 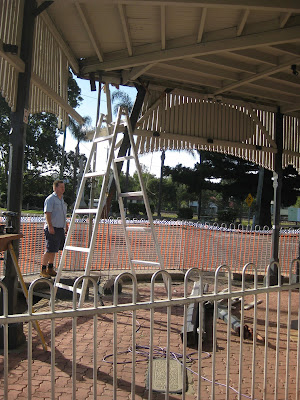 Normally the drunk would be hit in the street, this time the pub was hit-and-run.

1. The truck should not have been passing through the town, it is illegal for a B-Double to enter the town unless they live there.
2. After the accident the truck stopped briefly and then drove off.
3. A patron at the pub followed the truck and got the rego.
4. The driver was carrying livestock, and the truck was found in the next town at the saleyards - where a sign had been knocked over.
5. Some signs back along the road to the highway from the pub had also been knocked over/damaged.
6. The pub is Heritage Listed, they've been given five (5) days to repair the damage (ridiculous!).
7. After the 2011 flood the owners had trouble getting insurance, this may be a problem.
8. The OH&S people were on the scene before the police, ensuring that everyne was kept safe.
9. The truck driver has, apparently, had the book thrown at him.
10. The truck hit the pub a bit before 11am on 26JUL13.

Fascinating.
Thrown at the page by kae at 8:38 PM No comments: 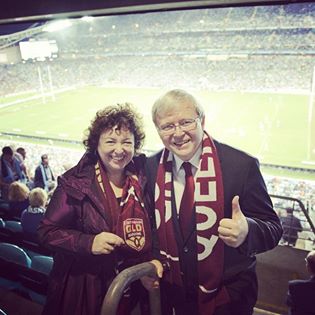 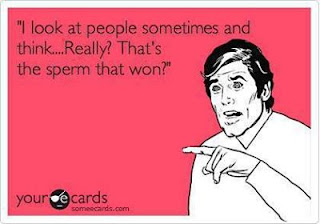 Bit of a cock up. 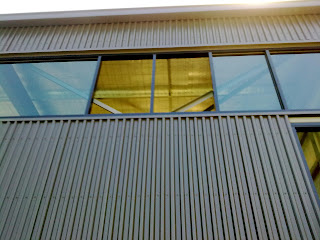 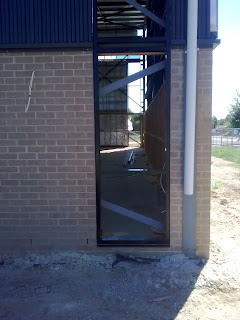 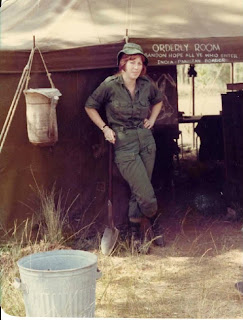 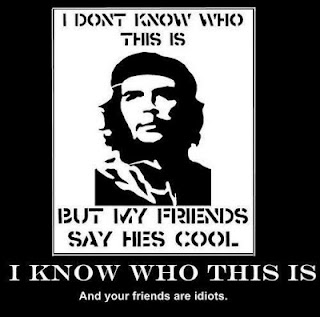 I googled "Che Guevara murderer" and found a link to Real Cuba 180 documented victims of Guevara. The link isn't working at the moment.
Thrown at the page by kae at 9:12 PM 2 comments:

When your own people mock your party where can you go

Fitzgibbon deserves kudos for this mocking.

This reminded me of quite a few people I know. 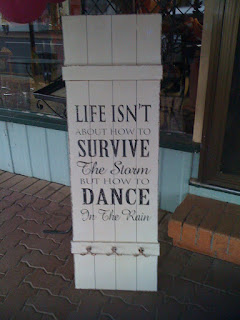 Discussing the Merlin series currently replaying on free-to-air TV it was mentioned how ridiculous it was to have a Maori playing Gueneviere.

So then I find a link on FB to this blogpost and, well, who knows!
Thrown at the page by kae at 8:22 AM 3 comments:

Idiotic spending from government - what a surprise!


The souvenir shop in Parliament House only turned over $110,000 last year. Turn over, not profit.

So now they're going to pay $250,000 for a survey to see how they can increase their turnover.

That's not a misprint. A quarter of a million dollars for a survey. Read all about it:

God help Australia if this is the calibre of our young adults.


I don't know what we can do about this idiocy.

The dope with the Che hat is an imbecile of the lowest order.

I thought University was supposed to teach students to think.
Thrown at the page by kae at 10:45 PM 5 comments: